Motorcycling as a hobby has really taken off over the last few years with just about every motorcycle manufacturer enjoying great sales numbers. You’ve probably also noticed that they’re now more expensive than ever which is sadly providing an opportunity for less honest members of our society (I’m trying to keep it polite) to relieve us of our hard-earned and much loved possessions. Well, it doesn’t have to be that way as there are many forms of motorcycle theft protection.

Here we give you the rundown of the best motorcycle disc locks available on the market today and help you decided which one is right for you depending on your requirements.

Welcome to our best motorcycle disc lock round up and review. 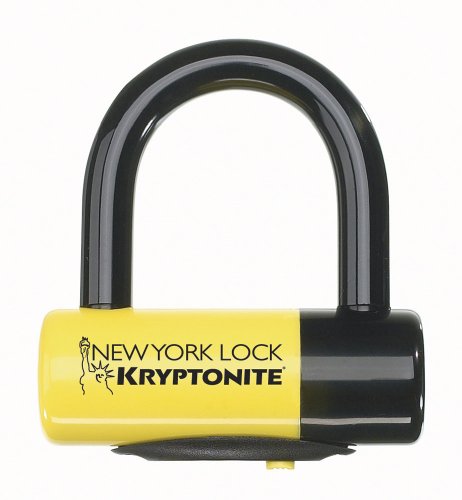 Kryptonite New York Disc Lock
Attaches to your brake disc through one of the large gaps in metal that most discs commonly feature.
View on Amazon

Kryptonite has done it again, this time with their miniature New York Disc Lock. This type of lock attaches to your brake disc through one of the large gaps in metal that most discs commonly feature. The shackle is a hefty 14mm so it is as strong as those you would normally see paired with a larger security chain and features a double deadbolt to prevent it from being pulled apart. We found the locking mechanism to be really smooth on this one so you shouldn’t have to spent too much time trying to get it on and off your bike and the lock has a dust cover for added protection. It also comes with a neon orange ‘reminder cord’ which you wrap around your handlebars or clip-on so you don’t end up trying to ride off with the lock still attached!

Weighing in at 2.25 lbs (1.02 kg) and achieving a Sold Secured Gold rating as well as being the highest-rated disc lock that Kryptonite sells means that the New York should be at the top of your list – and to top it all off, Kryptonite’s Anti-Theft Protection Offer is applicable if some undesirable does manage to remove it. 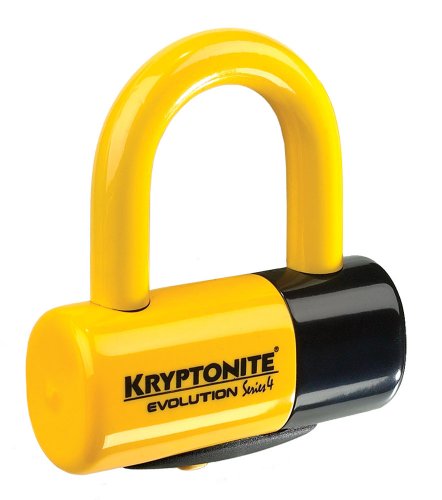 The Evolution Series 4 is slightly smaller and lighter than its big brother but manages to provide almost as much protection against theft. It features a 14mm hardened steel shackle, designed to resist leverage and cutting attacks and the same anti-drill protection. It does forego the double deadbolt which is why it hasn’t scored as highly as the New York. Sadly, you also go without the orange reminder cord which can be bought separately.

The weight comes in at 1.85 lbs (0.84 kg) which is nice and light and this lock will fit under most motorcycle seats. An ART rating of 4/5 has been achieved but the Anti-Theft Protection Offer on this one comes in a little lower in the event of theft. For us, unless you must have your motorcycle accessories in matching colors (black, red, and orange are available), we would stick with New York. 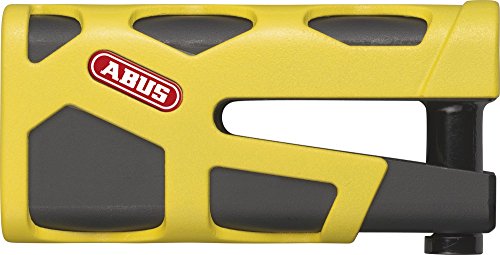 The design of the Sledg 77 is unusual with Abus deciding on a cartridge type housing instead of the usual hoop or pin design. This isn’t to say that it isn’t up to the job as the heavy duty 13mm steel bolt has been recessed into the body of this lock-in such a way that makes it very difficult to get a pair bolt cutters anywhere near it. The housing itself is thick and is formed with hardened steel and then wrapped in a soft plastic cover to prevent accidental damage to your wheels or brakes.

A luminous yellow reminder cord is provided as standard and the lock weighs in at a total of 1.69 lbs (0.76 kg). No official security ratings have been obtained by the Sledge 77, possibly because it hasn’t been submitted for testing but we can say that it is of a Sold Secure standard

The KryptoLok 10-S is your standard pinhole disc lock which attaches itself to your brake disc by feeding the locking bolt through one of the many holes drilled into the disc. The bolt then engages in the mechanism on the other side of the lock where it cannot be removed until unlocked with one of the supplied keys. A nifty design because the small diameter of the disc brake holes would make it impossible to insert a cutting tool through in an attempt to snip the bolt. The bolt is sized at 10mm and the housing is drop forged steel which resists cutting, sawing, freezing, and chisel attacks.

Due to its design, gaining leverage with bolt cutters and being able to make an effective cut into the lock would also be very difficult. Couple this with its lightweight of 2.00 lbs (0.91 kg) and we see no reason why you would not carry this with you whenever you intend to leave your motorcycle unattended. An orange reminder cord is standard and the lock itself comes in three different colors, polished chrome, yellow, and orange. Kryptonite’s Anti-Theft Protection Offer is provided. 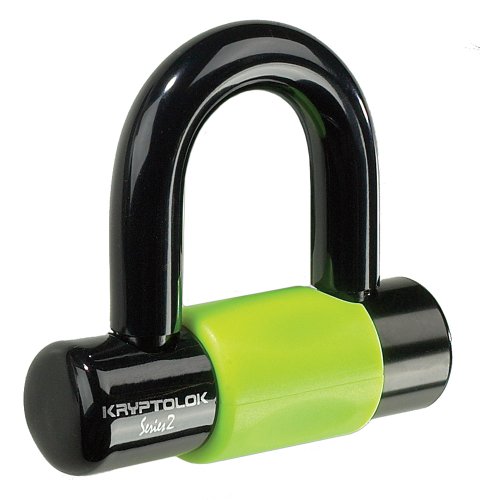 Kryptonite KryptoLok Series 2
Features a 13mm steel shackle and a rotating instead of sliding dust cover.
View on Amazon

The final disc lock on test is Kryptonite’s entry-level KryptoLok Series 2. Very similar in design to the Series 4 but smaller still, this lock features a 13mm steel shackle, a rotating instead of sliding dust cover, and doesn’t come with a reminder cord. From a security point of view, Series 2 is adequate for use in low-risk areas but the lack of features puts it at the bottom of our list. It is also the lightest here on test at 1.35 lbs (0.61 kg).

There is no official security rating applicable but Kryptonite has provided their Anti-Theft Protection Offer at the same value as their 10-S lock.

Jay Miller
Jay is an avid motorcycle enthusiast who started MotrorCycleSecure.com after having his prized bike stolen. Hearing similar stories from his motorbike buddies, and seeing the effect that rocketing motorcycle theft was having on insurance premiums, he decided to share all that he has learned about motorcycle security.